Take a stunning decor, a dash of champagne, plus the city’s coolest mixologists and you have the Voodoo Rooms’ recipe for success. Recently, we found ourselves on the other side of the bar, for a Social Bitches’ cocktail master class … 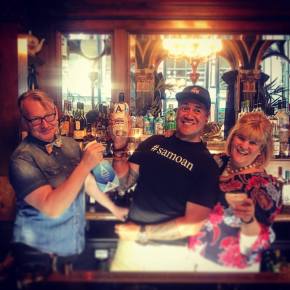 Renowned for our functional alcoholism, we were delighted at the prospect of learning how to mix our own drinks. But along with fellow foodie Kerry Teakle, our evening was even more fabulous than we imagined.

Thanks to our generous hosts Rosie, Steven, and Liam we discovered history, humour, plus a brand new tipple (to us at least) that’s intoxicating in every sense of the word.

But let’s start at the beginning … 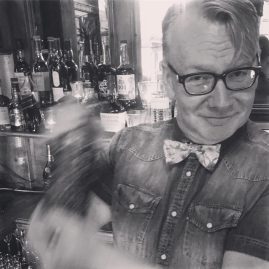 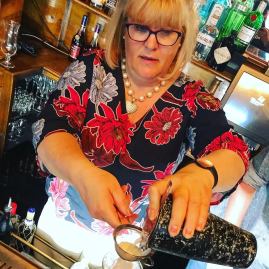 A master class at Voodoo is a serious affair, the staff are both deeply passionate and award winning when it comes to cocktails.

They’re also quick to point out it doesn’t involve shots or jokes about sex. But you can attend with up to 23 of your closest friends, and have the experience of mixing your own first-rate cocktails.

As Rosie welcomed us, she also whipped up the first of many gorgeous drinks.

Suffice to say, with its uncanny ability to refresh, a St Germain Spritz is perhaps the perfect beginning to … well … just about anything.

The liqueur is made from elderflower blossoms, handpicked in the French Alps. Seriously, how fabulous is that?

In between sips, we also discovered the basic building blocks of making great cocktails:

• Both a Hawthorne strainer & tea strainer are a must
• Always use as much as ice as possible
• Stir with the wrist, not the arm
• And ALWAYS add the alcohol last, just in case you manage to make a pig’s ear of the other steps.

So … with our glasses drained and curiosity peaked, we were ready to drink, learn, and drink a little bit more …

It’s said, the daiquiri was invented by an American engineer in Cuba circa 1902, and the following year, the cocktail found itself in the nightclubs of New York.

But what really catapulted this wonderful thirst-quencher into the mainstream was World War II. While rationing made vodka and whisky hard to come by, rum was in plentiful supply thanks to President Roosevelt’s Good Neighbour Policy with Latin America. 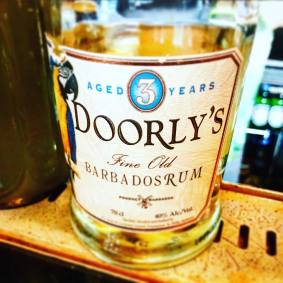 The quality of world leaders has declined ever since, but the daiquiri is in fine fettle. Even more exciting, at Voodoo you can expect your limes to be hand squeezed, and your white rum to boast cheeky hints of vanilla and coconut.

So … following an expert demonstration, a volunteer from our crowd of three was called for. Instantly, Isaac shouted “Derek!!”

An attention grabbing whore at heart, I feigned shyness, but sauntered to the bar. The soundtrack playing in my head: My milkshake brings all the boys to the yard …

But suddenly … needle scratch … oh shit … hang on … I can’t remember any of the measures.

Fortunately Kerry had been taking notes, and helped guide me through the six simple steps I’d managed to forget in the twenty seconds it had taken me to cross the room.

Though despite being the world’s slowest and most forgetful bartender, the taste – even if I do say so myself – was fan-f**king-tastic.

Cue rapturous applause, and a reprise of my milkshake brings the boys to the yard … Derek dances back to his barstool.

For many of us, our greatest misadventures are thanks to bad tequila. The cheaper brands are 49% not-tequila, and destroy brain cells at an inspiring rate. 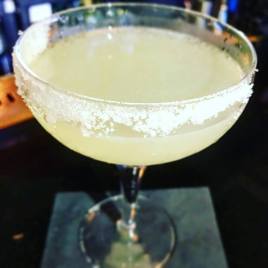 But invest in the good stuff, drink nothing else that evening, and you will NOT get a hangover. What’s more, it’s the only alcohol that’s a stimulant not a depressant.

Tequila is also the key ingredient of a Tommy’s Margarita, a drink lovingly invented in the nineties by Julio Bermejo of Tommy’s Bar, San Francisco. 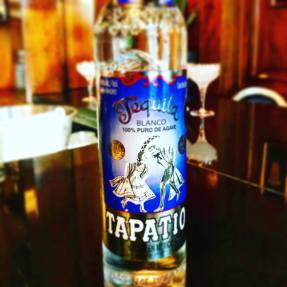 Julio’s revolutionary breakthrough was adding agave nectar to enhance the existing agave flavour, rather than disguising it with triple sec.

Three decades later, his genius is still being celebrated. And with Isaac taking his turn as bartender, we soon discovered this is one seriously addictive drink!

Legend tells us, the national drink of Puerto Rico was conceived in the 1800s by notorious pirate Roberto Cofresi. Looking to boost crew morale, he did so with a mix of coconut, pineapple and rum. 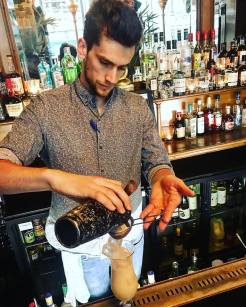 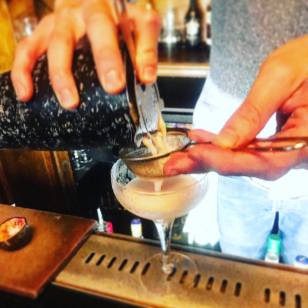 His forward thinking has inspired cocktail fans the world over, who like us have been seduced by its tangy and creamy flavours.

The only bump in the road was the eighties, where the presentation of your average pina colada was often camper than a gay man watching Eurovision.

Fortunately, this glorious cocktail survived the ordeal, and is now much better dressed.

Under the watchful eye of Liam, Kerry soon mastered the delicate arrangement of its three cherries, pineapple leaves, and dehydrated pineapple.

As for the taste … well, after just one sip we were all singing: if you like pina coladas and getting caught in the rain …

The espresso martini is of course the Social Bitches’ cocktail of preference. Conceived in the early eighties by London bartender Dick Bradsell, he claims it was inspired by a famous model. In she sashayed, apparently, and requested a drink that would both wake her up, and f**k her up. 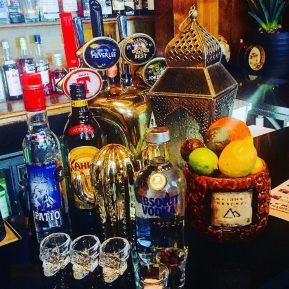 Flash-forward to Christmas Day 2017, where thanks to google and a misplaced sense of confidence, it was the cocktail we decided to make for our guests. They were of course kind, but their facial expressions hinted at the fact our efforts were complete shite.

Though now, thanks to our friends at Voodoo, we know the key to making our favourite drink is the “reverse dry shake”. 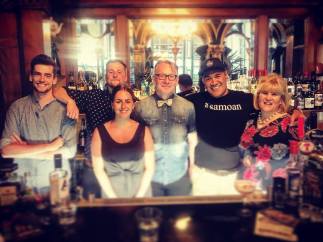 It may sound like a sexual act, but in fact it’s even better. It involves shaking the ingredients with ice, straining, then shaking again (sans ice) to create the froth.

Garnish with three coffee beans – representing health, happiness and prosperity – and you need never be sober or unhappy again.

Invented by Douglas Ankrah – a legend of the bartending world – his aim was simple. Believing the perfect venue should be bold, playful and sexy, he wanted to create a cocktail to match.

Guess what … He succeeded!!! 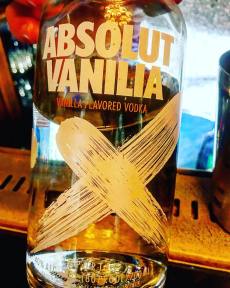 Garnish with the remaining half of the passion fruit, and serve with a shot of champagne (prosecco if you must) on the side. 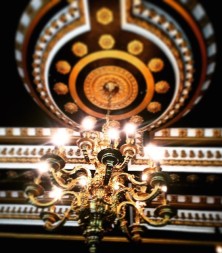 Utterly delicious, wonderfully decadent, it’s incredible! Who knew education could be this rewarding??

Our sincere thanks to Rosie, Steven, and Liam – the Voodoo master class is truly a five-star experience, we definitely learned almost as much as we drank!

One thought on “The Voodoo Rooms: Cocktail Master Class”