In 1600, Queen Elizabeth I granted the East India Company a royal charter. It’s mission: to explore the mysteries of the East, its legacy: introducing tea to Britain. Four centuries later, the Social Bitches walked through its doors looking to discover the secrets of pairing the world’s finest teas with artisan chocolate and biscuits. 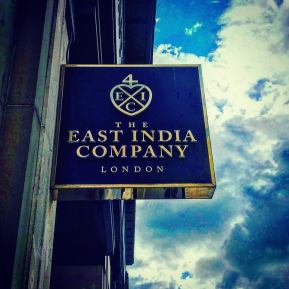 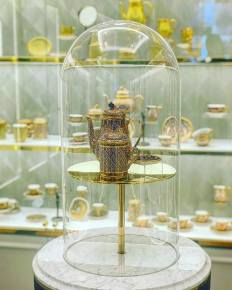 Upon arrival, we were fondly greeted by store manager Leonardo Sandri. Extending a hand and a warm smile, he immediately said, “Bitches, I must apologise …”

Having heard of our legendary alcoholism, he felt compelled to explain that unfortunately this event would NOT involve wine, champagne or cocktails.

The room [ which BTW is beautifully decorated ] began to spin, and Isaac’s nervous twitch returned with a vengeance.

“But,” Leonardo continued. “I think you’ll enjoy yourselves.” 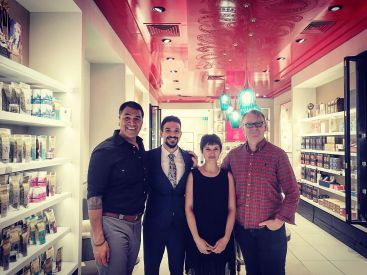 He then went on to introduce us to Raffaella , a woman who – quite admirably – has dedicated her life to chocolate.

She passionately explained to us and the other guests that pairing tea with all things sweet comes down to one fundamental rule: it’s about affinity and contrast.

Flavours must work together, but if they’re too similar – say a citrus tea with a lemon biscuit (rookie mistake) – you’re likely to be disappointed as they will compete, rather than complement.

What’s slightly more complicated, is how to get the most satisfaction from chocolate. For many of us the journey from hand to stomach takes less than twelve seconds. [ #guilty ] It also means that all you’re really tasting is the sugar. 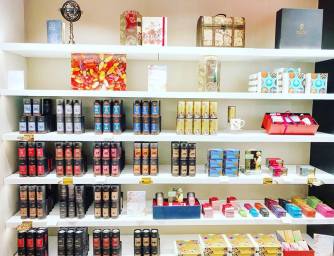 The trick is to place a piece of chocolate on the tongue, and let it slowly melt. Then close your eyes, and gently breathe in a little air from the side of your mouth.

That way the mouth’s natural saliva will help release the other more subtle tastes contained in the chocolate. Sounds socially awkward we know, but trust us, it works.

In the case of East India’s Milk chocolate with Bombay Chai Tea, this will allow you to soon discover the likes of ginger, cinnamon, cardamom and sea salt. Just heavenly. 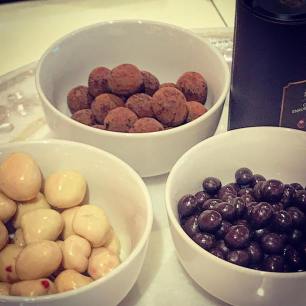 Pairing with stunning teas such as Da Hong Pao Oolong, Darjeeling First Flush, and the lovely malty taste of the Assam, we went on enjoy the cocoa bean in its many forms.

Such as Macadamia nuts enrobed in chocolate, and dusted with a luxurious sprinkle of cocoa. In other words, utterly irresistible to fatties such as ourselves.

But it was our next discovery that really had us feeling inappropriately excited. Freezedried strawberries smothered in white Belgian chocolate – fan-f**king-tastic!

After removing the water, you’re left with just the fibres – which are wonderfully crisp and sweet. Add chocolate, and you have all the love you never received as a child.

Raffaella and co have also been experimenting with asparagus and white chocolate. Not to everyone’s tastes we grant you, but we would be more than happy to give it a bash. 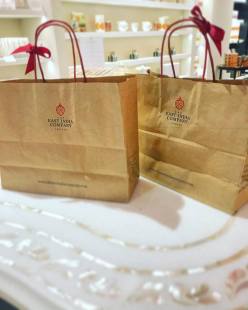 Looking to reset our tastebuds at this point, we were excited to learn that this too can be done using chocolate. Well, sort of. Underneath the chocolate there needs to be a coffee bean, or to be more precise a peaberry. What the … you ask?

The peaberry is a defective coffee bean that has just one rounded seed rather than the usual two. More importantly, it has an intensely strong flavour. Cover it in dark chocolate and things REALLY get exciting.

Tea unleashes the potential that slumbers in my soul …
Leo Tolstoy

So, after resetting our tastebuds, we then tickled them with a fragrant cup of Earl Grey. Now we were ready for Raffaella to talk us through the eating of too many biscuits. 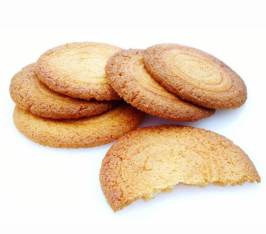 The word biscuit is of course derived from the Latin words bis coctus, meaning baked twice. And its existence stems from the need to provide food that could survive long journeys, especially those at sea.

Pioneered by the Egyptians and Romans, it has helped keep seaman able for centuries. In fact, it was an essential ration for our own navy until the introduction of tinned food in 1814. But we digress …

The biscuit as we know it today has taken many paths. The French, for example, opt for more egg, less butter. Wonderfully delicate, but hopeless for dunking.

Meanwhile us Scots like a biscuit that’s denser, with more fat. The East India Company has taken this one step further by adding clotted cream to their shortbread, allowing for a maximum dunk time of 34 seconds. How fabulous. 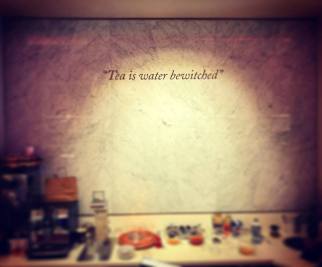 But that is just beginning. Their range also includes Seville orange marmalade, Sea salt & caramel, along with Cherry, chocolate chip & chili to name but a few.

According to Raffaella, the latter can be somewhat challenging, as the chilli stays with you long after the biscuit is gone – BUT it’s well worth the effort.

Following our own exhaustive research, we can confirm this and its biscuity counterparts are all extremely deserving of your attention.

So … despite the noted absence of wine, champagne and cocktails, these Social Bitches had a perfect evening. Many thanks to Leonardo and Raffaella, for on this occasion we learned almost as much as we ate.