Having been raised down under (not a euphemism), the Social Bitches often default to New Zealand sauvignons. Determined to educate our limited wine palettes, Edinburgh Foody Kerry Teakle has taken matters into her own hands …

Our story begins in Morningside … on a quiet street, in a modest hall, the Artisan Wine Fair prepares to welcome its guests. In walk Kerry and ourselves, only to discover we’re twenty minutes early. Yes it’s still officially morning, and the people on the door already think we’re alcoholics. Awkward.

Plan B is a ham and cheese croissant at a nearby café, Roundsquare Roastery. Brilliant plan: we love everything! We’re also very impressed by the artwork that appears in the steamed milk of your triple shot flat white. Definitely need to return. 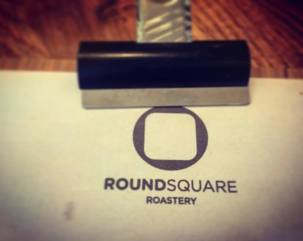 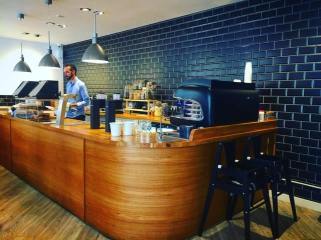 Thirty minutes later … we’re back at the Wine Fair, with close to seventy wines to sample. It’s a challenge that took us more than six hours to achieve, but just goes to show how dedicated we are to education.

The focus of L’Art du Vin is promoting artisan wines made by independent producers who employ organic or biodynamic techniques.

And in case you’re wondering … Biodynamics is like organic farming, but taken much, much further. Dating back to the 1920s, it even factors in lunar and solar rhythms. Sounds a bit mad, but the general consensus is: the wine tastes great.

We kicked off at the table of Lewis Renton, who puts his degree in Spanish to good use, travelling Spain and Italy sourcing fabulous wines.

A few sips of the Sparkling Brut Espumoso NV had us more than ready to buy a case. With hints of tropical fruit, this rather creamy sparkling wine is a perfect match for fish, seafood and cheese. Even better, it’s less than ten quid a bottle.

For a similar price, we also enjoyed the wines from the Gran Cerdo label. In English, the name means fat pig – an insult directed at the bankers who turned the owner down for a loan. On the back of each bottle it says he hopes these greasy and sweaty corporate suits will one day get their comeuppance.

Moving on the table of Phillipe Larue, we were soon enjoying his flirtatious demeanour and never-ending selection of wines. But what really caught our attention was the organic beer.

From Verdus in Bordeaux, both the Wheat beer with Sauvignon blanc grape juice, and the IPA with Cabarent Sauvignon are absolutely stunning.

Fun fact: when it comes to wine tasting in Scotland, pretty much everyone swallows, not spits.

Given we’d done exactly that as we sampled the last thirty or so wines, we felt food might be long overdue.

Fortunately, we were spoiled for choice. A selection of cheeses from IJ Mellis, yes please. The pork and blue cheese pie from Le Bar a Vin, most definitely. And the game pate: come to daddy!! 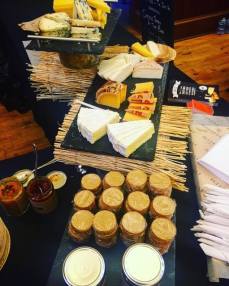 With our stomachs well and truly lined, our next stop was the master class hosted by Doug Wregg.

Deeply passionate about organic wine, he managed to speak on the subject for 40 minutes without drawing breath. Much to Isaac’s distress, but Kerry’s delight, he also had a few digs at New Zealand sauvignon blanc. How very dare he!

Though the most demanding aspect of his class: it was also 40 minutes before he offered us a drink. Dangerously close to being sober, we were hugely relieved when he finally remembered he’d selected five stunning wines for us to try.

Our personal favourite was the El Bandito ‘Skin Contact’ made by South African label Testalonga. The secret to its intense taste: the grapes spend two years on their skins. It’s also, apparently, an ideal match for smoked trout salad

Impressed by Doug’s choices, we headed to his table immediately after class. There we discovered a real rarity, a red wine we absolutely adore.

The Weissburgunder – a pinot blanc by the Judith Beck Winery in Austria. Described as off-dry, light-bodied and wildly fruity, we especially love its distinctive taste of cherries. 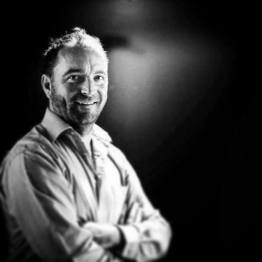 But of the sixty of so wines we imbibed this day, our particular favourite is made by a Scotsman. Edinburgh born Jamie McCulloch to be exact, who founded his vineyard Les Deux Cimes in the Swiss Alps just a decade a go.

Currently his Fendant is enjoying great success, and not only with us. This fresh and zesty white wine boasts hints of juicy yellow plum, with a fabulous herbal finish. This one we really do plan to buy a case of.

So there you go. It turns out there really is a lot more to life than new world sauvignon blancs. Who would’ve thunk it?

We humbly thank both L’Art Du Vin and Kerry Teakle for broadening our horizons.